It’s not exactly a controversial statement to say that a trip to Walt Disney World today isn’t quite like it used to be. In order to open safely, the theme parks have needed to change the way they operate in many ways. Several of the most popular attractions, like fireworks shows and parades, are entirely on hold. Others, like some of the most popular rides, are running, but they don’t work the same way. Though that’s not to say that everything is off at Disney World. In fact, some of the ways that the parks have found to provide guests with a Disney World experience under current conditions are pretty great.

We recently made a trip to the most magical place on Earth to see what Walt Disney World was like right now, and I have to say that for the most part, the magic was very much intact. I actually really enjoyed some of the ways things worked inside the park because of the pandemic. To be sure, there are trade offs everywhere, and everything new comes at the expense of something else, but each of these items has a charm or a value all their own. Here are five things happening at Walt Disney World right now because of the pandemic that are actually awesome.

Lines are the worst part of any theme park, and even with something like Walt Disney World’s FastPass+, there’s no avoiding them sometimes. Currently, FastPass+ is not available at Walt Disney World, as the parks are making use of all available queue space for social distancing. Even then, a lot of the lines stretch off well past attraction borders. But while lines may go on forever, many of them actually move quite fast, and some of them move faster than they ever have before. 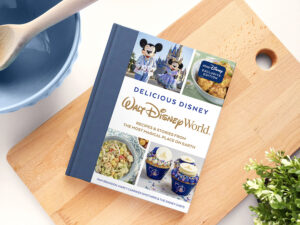 Join in on the merriment of the 50th Anniversary from your own home with the cookbook “Delicious Disney: Recipes & Stories from the Most Magical Place on Earth.” The cookbook will allow you to create culinary delights from Walt Disney World past and present right in your own kitchen!
Powered by