Quench your thirst for action at this 1940s airplane hangar turned dive bar—ex-home of Indiana Jones’ sidekick and pilot.

This family-friendly, 150-seat waterfront lounge is best known for its delicious drinks and dishes and aviation-inspired décor—cleverly themed after the exploits of Indiana Jones and his seaplane pilot, Jock Lindsey.

Buckle your seat belt and order a plate of Rolling Boulder Sliders (spiced meatballs on mini-buns with yogurt sauce) or a Brody Brats bratwurst, and then wash it down with a Cool-Headed Monkey with African spirits or a refreshing Reggie’s Revenge. The small plates are great for sharing, like Dr. Elsa’s She-Deviled Eggs (brined in beet juice with lump crab filling) or the Tanis Tacos, Snack of Ra—or “Good Dates.”

Beer, wine and the “spirits” of adventure live on in tasty cocktails like The Fountain of Youth, featuring Florida vodkas, The Bitter Barkeep with Peruvian Pisco or The Scottish Professor. Watch the sun set next to Jock’s old steamboat (in dry-dock by the pier) while you sip a tasty Hovito Mojito—Barsol Quebranta Pisco with fresh lime juice and syrup. What’s your pleasure, kid?

See also  At Disney Springs' T-Rex Cafe, a Florida mother gets drunk, is hospitalized, and abandons her child.
[sociallocker]

See also  At Disney Springs' T-Rex Cafe, a Florida mother gets drunk, is hospitalized, and abandons her child. 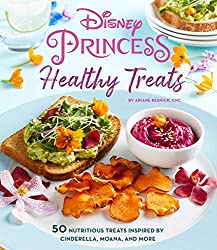