People who play trading card games have a saying: “Reading the card will explain the card.” The same can be said about Disney Lorcana, which is the media giant’s newest TCG. This is especially true since Ravensburger, the game’s maker, hasn’t released the official rules yet. You won’t be able to play the game until 2023.

But at the D23 Expo, Disney showed off seven new cards from the game, giving people their first look at the game’s characters, card templates, and art style. With a sharp eye and some experience with other TCGs like Magic: The Gathering, Hearthstone, or even Gwent, you can spot the designs and mechanics that are similar to those in other games. Aside from that, there are still some questions that need to be answered by the game’s designers.

SO FAR, WHAT WE THINK WE KNOW
We can make some educated guesses about how the cards work based on the things they have in common and the small differences between them. These guesses are based on proven game design mechanics that the creators of Lorcana were probably influenced by.

RESOURCES
Every character card has a big number in the top left corner that looks a lot like what other card games call the “casting cost.” This number is 6 for Stitch and 1 for Captain Hook. Maleficent is nine, etc.

During a game, this is probably the “cost” of moving a character from a player’s hand to the table. Even though it’s not clear yet what resources players will use to pay this cost, it’s interesting that all the numbers on the revealed cards have the same thing in common: the resource system seems to be the same for all of them.

Surprisingly, top-tier TCGs don’t have very many universal resources. In Magic: The Gathering, players use a resource called “mana,” which is equal to the number of times a card is “tapped,” or turned on its side. Mana comes in different colors and is a big part of the cards. This means that players can only use certain cards in their decks to make a strategy that works.

If the number in the top left corner of these Disney character cards really shows how much it costs to cast them, it could tell us a lot about how fast the game moves. Hearthstone by Blizzard is another game with a single casting cost. In Hearthstone, mana is a resource that can be replenished. At the start of each turn, you get one more mana, which makes it impossible to play a card that costs four mana before the fourth turn.

If Lorcana uses a similar system, we might find that the average game is pretty methodical at first but gets more and more crazy as time goes on. Playing more than one card on a single turn could be saved for the middle of the game, when you might have a couple two-cost cards on turn four. This gives players the strategic balance of playing cheap cards early to buy time for bigger haymakers like Maleficent to end the game later, when there is more mana.

TYPES OF CARDS
Even though the resource system seems pretty simple, there may be some built-in synergies between cards. That’s because cards seem to have different types, and depending on how they are used to make a deck, those types could give a player an advantage. We can see these synergies on a thin line just under the title of each card.

For now, there are two words that keep coming up among the seven characters shown: “storyborn” and “dreamborn.” Both heroes and bad guys use these words.

Based on how these categories work in other card games, it’s possible that future cards or rules will give characters of the same type benefits and help them work together. Maybe there will be cards that make heroes on the board stronger, cards that make dreamborn cards in your hand easier to play, or rules that say you can only have a certain number of each character in a deck.

Some cards in this design space have more than one type, like the different creature types in Magic: The Gathering. Stitch is an alien, and Captain Hook is a pirate. Robin Hood, on the other hand, is just a hero who comes from a story.

These kinds of creatures and card types suggest that players will be able to build decks that are well-balanced when they come up with new ways to play the game. If you really want to play with a certain Disney character, building a deck of cards that fits the different categories of that character could be a winning strategy.

COMBAT
There’s a good chance that this game will have a way to fight, maybe with cards like in the Pokémon Trading Card Game. Several hints point to a combat feature, including a detail that is on every card we’ve seen, right to the right of the card names.

The two numbers on Lorcana character cards that are next to each other look a lot like the attack and defense numbers on Magic and Yu-Gi-Oh creatures. A feature called “Challenge,” which sounds like a fight between two characters, is also mentioned.

For example, Cruella de Vil has a power that comes into play when she is challenged, while Captain Hook seems to get a power boost when he is the one who challenges. Mickey Mouse, on the other hand, seems hard to fight because his “Evasive” ability says that “only characters with Evasive can fight this character.”

If it turns out that combat is a big part of Lorcana, there will be a lot of games to find out once and for all which Disney princess is the most badass.

WHAT REMAINS UNKNOWN
Even though we can guess what the game is about based on what we know about it, the designers of Lorcana still have just as many questions before the game comes out next year. Most of the system is still unknown because of the game’s rules engine and other strange card features.

BOARD STATES
For starters, what do game states look like? Since characters will be “challenging” each other, two main characters could fight each other like the active monsters in Pokémon TCG. Or, like in Adventure Time: Card Wars or Gwent, the boards could be set up in lanes. There are also board states like Magic and Hearthstone, where combat is not based on where cards are placed next to each other but on other, more complicated rules.

Right now, the seven revealed cards don’t say anything about the board, but this will be a key part of understanding the game.

DIAMONDS
What are those diamonds under the numbers for attack and defense? Mickey has four, and Elsa has two, but they all have at least one. Are these signs of how rare a card is and how likely it is to be found in a sealed pack, or are they part of the rules system? There are a lot of possibilities, but it doesn’t look like the cards have any other ways to tell the difference between common and rare characters, so that’s probably as good a guess as any.

COLORS
Finally, do the cards have a color that isn’t related to how much they cost to cast? There are six different color bars for each of the seven characters. These show the hero, the villain, the storyborn, and other traits.

Based on the fact that Maleficent and Mickey Mouse have the same color and symbol, each of these color bars seems to have a matching symbol. The five other cards have different symbols next to their type line. This could mean that there are more ways for cards that share symbols to work together in the game, or that there are rules that limit free-for-all deck building.

According to Disney, the game won’t be available to the public until about a year from now, in the fall of 2023.

Disney is releasing a new trading card game to compete with Magic: The Gathering and Pokémon.

Lorcana Interview: How the new Disney TCG puts players ahead of collectors

Number of alligators captured at Disney doubles since toddler’s death 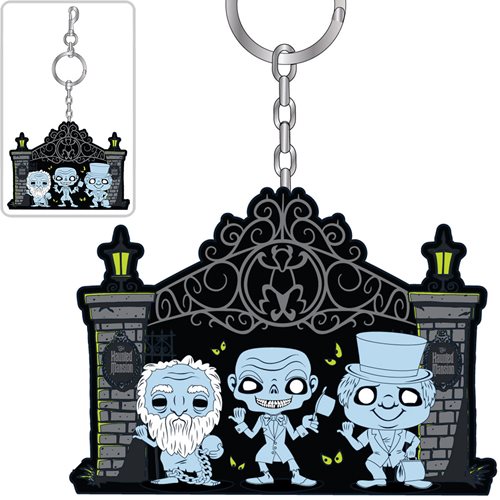 Tourists at Disney World who were stuck on “It’s a small...

These new pullover knit sweaters are perfect for the fall season!