The Restaurant Marrakesh is located inside Disney’s Morocco Pavilion.
Crepes Atlas, a delectable dessert offered at this World Showcase restaurant.
This Disney treat is no longer available, but the Disney recipe lives on.

Atlas Crepes had an apple filling with this cinnamon honey glaze.
The Disney treat was then accompanied by vanilla ice cream.

This Epcot dessert was a Disney recipe hit!

On September 7, 1984, the Morocco Pavilion was added to World Showcase.
The Kingdom of Morocco is a sponsor of Disney Morocco.
Morocco Pavillion is situated between the Japan and France pavilions.

The Morocco Pavilion was created to resemble a Moroccan city, complete with a genuine Minaret. Moroccan craftsmen were really sent by King Hassan II to design and manufacture the many mosaics.

The mosaics do not depict humans due to Islamic religious views about the subject of art. Because the pavilion’s structures have significant religious importance, the lights on the pavilion do not illuminate during the IllumiNations: Reflections of Earth firework show. To maintain equilibrium, Norway remains black during the firework show performance.

The Disney Morocco Pavilion is the only pavilion that was designed with the help of the country’s government. The Moroccan government is the pavilion’s sponsor, whereas companies are the sponsors of every other pavilion in World Showcase.

Restaurant Marrakesh is one of three restaurants in the Morocco Pavilion at Walt Disney World Resort’s Epcot World Showcase. The other two eateries are as follows:

Spice Road Table is described as featuring “ Mediterranean small plates,” or tapas, and features both indoor and outdoor seating by the lagoon.

The Restaurant Marrakesh serves a menu of Moroccan and other Arabian dishes for both lunch and dinner. Dishes include both chicken and seafood pastilla, harira, a variety of couscous and kebabs, fish tajine, merguez, and semolina pasta. 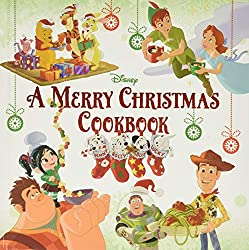