The Sci-Fi Dine-In Theater Restaurant is a theme restaurant at Disney’s Hollywood Studios, one of the four main theme parks at Walt Disney World. Established in May 1991, the restaurant is modeled after a 1950s drive-in theater.

Enjoy this recipe for Artichoke Spinach Dip from the Sci Fi Dine in Theater in Disney’s Hollywood Studios!

Use 1/2 cup of Monterey Jack for dip and the other 1/2 to brown on top under broiler. 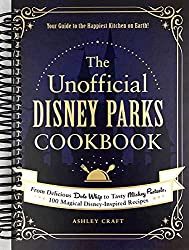