talkDisney
Home Dining The History of the Disney Dole Whip

Dole Whips. The Disney snack that fans love so much they’ve made everything from t-shirts and mickey ears to lip balm and bath bombs in it’s honor. So what is a Dole Whip, where did it come from, and why are Disney fans so crazy about it?

A Dole Whip is a pineapple soft serve treat. It’s not ice cream, though it has the consistency and texture of ice cream, and comes in either a cup, or as part of a float made with pineapple juice. It’s a long-time staple of Adventureland in both Disneyland and The Magic Kingdom. However while it may seem like it’s been around in the Disney parks forever, it wasn’t always.

Back in 1963 Walt Disney introduced The Enchanted Tiki Room to Adventureland in Disneyland. Sponsored by United Airlines, it was the first attraction to feature audio-animatronics, and with it’s tropical tiki theme it took the first step in offering a new tone to Adventureland, which was otherwise primarily jungle themed thanks to the Jungle Cruise.

Continuing on that tone shift, Disney introduced a tiki bar to the area five years later in 1968. It would take eight more years, but in 1976 the Dole Food Company would eventually take over sponsorship for both The Enchanted Tiki Room as well as the tiki bar in the area. At this point though Dole Whips still weren’t around. For its first ten years, the main refreshments of the tiki bar were Dole’s pineapple spears and pineapple juice.

Then, in 1986, a new product was introduced to the parks: The Dole Whip. It’s been over 30 years since then and Dole Whips are still satisfying guests at both Disneyland and Walt Disney World today.

So why is it such a Disney staple? Because you can only get it at Disney, except, that’s not actually true. Not only are Dole Whips available outside of the Disney parks, but you can even buy the official Dole Whip mix yourself online, you know, as long as you have a spare commercial soft serve machine laying around. There are even Dole Whip mixes in multiple flavors that you can’t find at Disney, including lemon, orange (not to be confused with a citrus swirl), mango, raspberry, and strawberry.

See also  A furious mother goes on a rant about how much she despises childless couples in Disneyland, and it's really hilarious.

Now some Dole Whip purists will claim that the Dole Whips you can get outside of Disney aren’t really the same thing but this isn’t true.

One common point made is that sometimes you’ll see the outside products called Dole Soft Serve instead of a Dole Whip, and that the two are different. Also not true. Up until 1997 the Dole Food Company was directly producing the Dole Whip mix, however as the popularity of the snack grew, they eventually licensed the Dole Whip out to a company called Kent Precision Foods Group, who continues to be the exclusive manufacturer of the treat to this day.

Because of Dole Whip’s close association with Disney specifically, Kent Precision Food Groups began to sell the mix to outside shops under the slightly altered name of Dole Soft Serve. Beyond the name change however, the mix sold to those non-Disney shops is the exact same mix sold to Disney.

Another common misconception is that the Dole Whips in Hawaii at Dole itself taste better because the pineapple is fresher there. This isn’t the case because believe it or not, there isn’t actually any pineapple in a pineapple Dole Whip. In fact, the closest thing to it is the artificial flavoring, which contains some pineapple juice powder.

Either way, if you can buy Dole Whips outside of Disney parks and they weren’t around from the early days of Disney, why are they such a Disney staple? Well, there’s no direct answer to that.

See also  10 free activities to do on your next Disney vacation!

While it is possible to find Dole Whips outside of the Disney Parks, they’re still not exactly commonplace. You can’t just run down to the store and pick up a pint of Dole Whip the way you can ice cream. So for many of us it effectively is a Disney Park exclusive.

But beyond that, I’d say it’s because, well, we’re crazy. After all, we’re the same fandom that will buy salt and pepper shakers based on garbage cans from the parks, or wear t-shirts idolizing the Spanish safety message on the monorail, or take a million photos in front of a purple wall. We’re really good at taking otherwise minor and forgettable aspects of the Disney experience and making them important and memorable, even when it comes to a simple snack like Dole Whips.

The History of the Disney Dole Whip

There Are 3 New Dole Whip Cones at Disney World, and We Don’t Know Which One to Eat First

A New Limited-Edition Dole Whip Has Been Introduced By Disney

Mickey with a Dole Whip, the Tower of Terror, and More WDW 50th Funko Pop! Available for Pre order!

The History of Disney’s Worst Attraction Ever, Superstar Limo 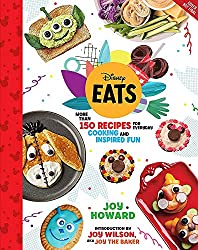