As union dispute drags on, Disney puts new show on ‘Beauty and the Beast’ stage

Walt Disney World on Sunday repurposed another stage to present a show that does not feature performers represented by the Actors’ Equity Association. The theme-park company and the performers union are locked in a battle over how to safely return actors to work.

The longtime home to “Beauty and the Beast — Live on Stage” at Disney’s Hollywood Studios is now serving as a theater for “The Disney Society Orchestra and Friends.” In the new nearly 20-minute show, a six-piece combo plays familiar Disney tunes, such as “Under the Sea” and “You’ve Got a Friend in Me,” along with songs from other Disney franchises — such as the “Cantina Song” from “Star Wars” and “The Muppet Show” theme.

For the grand finale, a medley from “Beauty and the Beast,” performers dressed as the movie’s Mrs. Potts, Lumiere, Cogsworth and Chip appear onstage, moving in a choreographed routine, before being joined by Belle and the Beast — who wave to the audience but remain silent. Those characters usually appear in the “Beauty and the Beast” stage show.

A clue to the musicians’ regular assignment comes in the show’s name; the Grand Floridian Society Orchestra regularly provides entertainment in the hotel’s lobby. The Grand Floridian is currently closed and not scheduled to reopen until the end of September.

When the theme parks reopened in July after the coronavirus shutdown, Disney reached return-to-work agreements with multiple unions, including the American Federation of Musicians and the Teamsters union, which represents Disney’s costumed characters — generally, performers who don’t sing or memorize a script for their appearances.

But Equity, which represents about 750 performers at Disney World, would not sign a Disney-prepared “memorandum of understanding,” which laid out safety guidelines for performers. The actors’ union filed a grievance against the company after Disney then canceled recall-to-work notices for Equity performers.

Actors’ Equity has called for Disney to provide regular COVID-19 testing for performers and asked that actors be allowed to wear masks. The union says Disney has declined both options. A Disney spokeswoman has repeatedly pointed to the company’s already-existing safety protocols, which include increased cleaning and physical distancing.

Local Equity members have been split on returning, with some saying they trust Disney’s precautions and others expressing health fears over returning to work.

The grievance is still being negotiated; if an agreement can’t be reached, an arbitrator will be called in.

In the “Beauty and the Beast — Live on Stage” show, a long-running staple at the Hollywood Studios park, Equity-represented actors portrayed the characters of Belle and Gaston, singing their signature songs live. The show’s dancers are also represented by the union. The official Disney website lists that show as “Temporarily Unavailable.”

Disney previously reconfigured a bird show at Animal Kingdom to eliminate a role played by an Equity-represented actor, and has been using the Savi’s Workshop space in its new “Star Wars”-themed land without presenting the make-your-own lightsaber show led by an Equity performer.

Other shows that use Equity actors, dancers and stunt performers, such as “Voyage of the Little Mermaid,” “Indiana Jones Epic Stunt Spectacular” and “Finding Nemo — The Musical,” remain closed.

Watch: Disney’s New ‘Beauty and the Beast’ Ride Puts You Inside the Animated Classic

Sneak peek of live-action Beauty and the Beast Movie

Video: Final ‘Beauty and the Beast’ trailer serves up longest look yet

Quiz: Who Said It? Simba or Nala?

One artist shows the lives of our favorite Disney characters in... 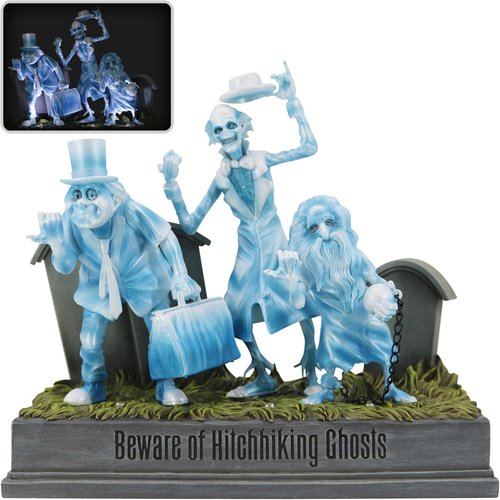